This Week on TechRadar 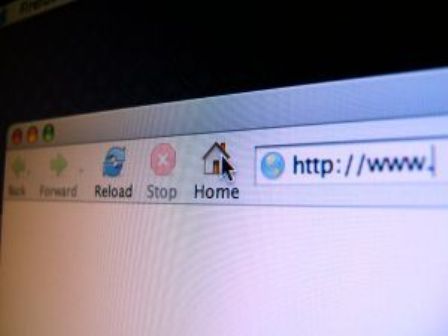 This week’s big news on TechRadar was the 1,000s of records of personal details of P2P users accidentally leaked by law firm ACS: Law and the possible legal repercussions. Elsewhere, Sony Ericsson has both delayed its Xperia X10 Android update and announced it isn’t going to release any more Symbian smartphones.

We also got the lowdown on the Blackberry PlayBook, looked at the best Freeview HD PVRs available out there and found even more top Windows 7 tips and tricks.

Read on for this week’s most popular stories on TechRadar…

Civil rights organisation Privacy International is planning to take legal action against a law firm that has accidentally leaked personal details of thousands of Brits online.

Privacy International has highlighted the massive security breach which involved the leaking of personal information of thousands of P2P users.

An iPod case created by Chinese developer Yosion is heading to the US, which turns humble iPods into fully functional iPhones.

Although the Apple Peel 520 has been out in China for a while, the case is set to debut in the west after GoSolarUSA announced it would be manufacturing the product for the American market.

The case uses a wireless skin that includes a circuit board, a 4.5-hour battery, dock connector and SIM card.

Mysterious Android tablet available from Next

UK retail outfit Next is selling an Android tablet on its website for £180.

Dubbed the Next 10-inch Tablet, the Android-toting device is pictured scarily next to a glass of water and on top of a book.

There is also a specs list, which shows that the tablet comes with a 10-inch WXGA LCD touchscreen display, Arm 11 processor, Wi-Fi, 2 x USB ports, microphone and headphone socket, and 8GB storage plus a card reader.

There is no word on which Android OS is being used, but it is definitely running Google’s operating system.

Sony Ericsson Xperia X10, X10 Mini and X10 Mini Pro owners who have been waiting for Android 2.1 to be rolled out to their handsets will be disappointed to know that the company has delayed the update.

The X10 was slated to get the update in Q3 2010, but Sony Ericsson has now suggested on its forums that it will be the end of October before Éclair arrives on the handset.

“The revised plan is to start the roll-out from end of October and onwards,” explained Sony Ericsson’s Rikard Skogberg.

Sony Ericsson waves goodbye to Symbian on its smartphones

Sony Ericsson has announced that it is no longer supporting Symbian as an OS for its smartphone range, preferring Google’s Android platform instead.

Speaking to Business Week, Aldo Liguori, a spokesman for SE, confirmed that the phone company is no longer putting its efforts into creating phones with Symbian as an OS, explaining: “We have no plans for the time being to develop any new products to the Symbian Foundation standard or operating system.”

When Steve Jobs unveiled iTunes 10, he spent a short while going through its best bits.

There are some things to like, notably improved iOS device sync, with a capacity bar that updates in real-time.

However, plenty of gripes remain, and so below are the 11 things we’d like to see Apple change in iTunes 11.

Apple’s dominance of the modern tablet market may be coming to a close: rival firms have seen the iPad’s sales figures, identified its weaknesses and built some very convincing alternatives.

The tablet wars are just beginning, but we’ve already seen two very serious bits of kit enter the ring: the Samsung Galaxy Tab and the BlackBerry PlayBook. So what do the three tablets – PlayBook, Tab and iPad – have in common, and more importantly, what sets them apart? Let’s find out in our Blackberry PlayBook vs iPad vs Samsung Galaxy Tab stand-off.

BlackBerry PlayBook: what you need to know

Everything that was rumoured about the BlackBerry tablet seems to be true but there’s a lot that didn’t make it into the rumours.

Dan Dodge runs the QNX team at RIM and after the announcement we tracked him down for the key details, so while we couldn’t prise a PlayBook out of the glass case, here’s the in-depth technical breakdown of what’s interesting about the PlayBook that you won’t see in the basic specs.

In the rush to bring out Freeview+ HD recorders in time for the World Cup, one or two manufacturers – including Pace and Sagemcom – quite obviously rushed out their products before they were finished.

Cue EPGs that didn’t work, stalling operating systems and snarling consumers. Happily, virtually all of those teething problems have since been fixed via over-the-air software updates, giving us the chance to compile the definitive top ten best Freeview HD PVRs in this now sparkling new genre.

There are 500GB hard disks with options to double that capacity, one-touch series link recording, wireless streaming of media around your home, and even the occasional built-in Blu-ray player.

Whether you’ve just bought a new PC running Windows 7 or you’ve been using it for a while, there are bound to be things you didn’t know you could do.

Whether it’s tweaks to get the desktop the way you want it, tips for troubleshooting or ways to squeeze more performance from Windows 7, we’ve got it covered.

We’ve updated our popular Windows 7 tips article with a load of new ones, including how to re
cover locked-up apps, how to extend your jumplists, leave a Windows 7 Homegroup, and more. Read on for 85 tips to help you get the best from Windows 7.

Nokia’s gone back to the drawing board to bring out the Nokia N8, featuring a new OS and a huge amount of high end tech packed under the hood.

If money is no object, or the viewing of TV or movies is an all-consuming passion, then this feature-packed giant is definitely worth considering.

This lappy employs Nvidia’s cutting edge 3D Vision technology, which features a special design of glasses that enable you to play the latest games and watch films in impressive 3D.

MSI produces a broad variety of laptops, from award winning netbooks, such as the Wind U160, right up to powerhouse gaming laptops, such as the GX660R on test here.